Stargazing in Tenerife is one of the most recommended activities you can do during your visit to the island. In fact, we live in one of the best places in the world for stargazing and we just don’t say it for free, Tenerife is certified as a Starlight destination.

The Starlight Tourist Destinations are places that have excellent qualities for sky observation but also allow you to practice activities based on this resource. Tenerife is certified by the exceptional quality of it´s sky and has turned astronomical tourism into a palpable reality in which we take part on many occasions. 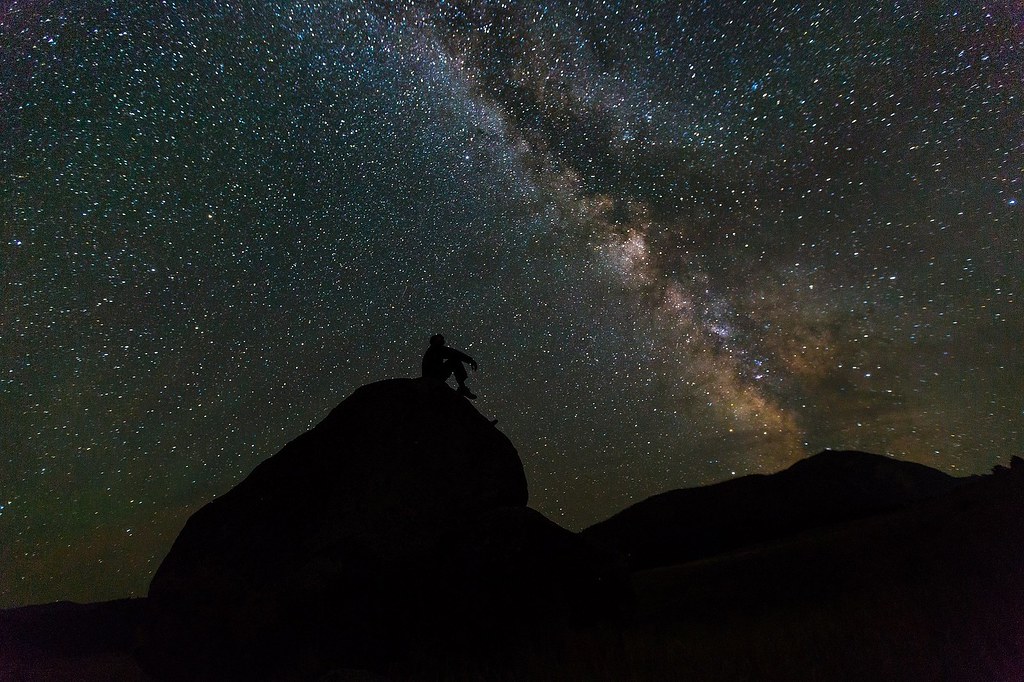 Looking over your head at night is a magical experience, to approach the exciting third horizon and discover some of the secrets of the universe either by naked eye or through the lense of a telescope does not leave anyone indifferent. These types of activities are mainly seen in the interior of Teide National Park and combines tourism and science.

Stargazing activities have been carried out in Tenerife for more than 15 years with the aim of sharing knowledge about the sky. The idea is always to get a little closer to those bright spots that we see every night and that few of us have the opportunity to enjoy living in big cities. The lights of the cities does not let us see the brightness of the stars. 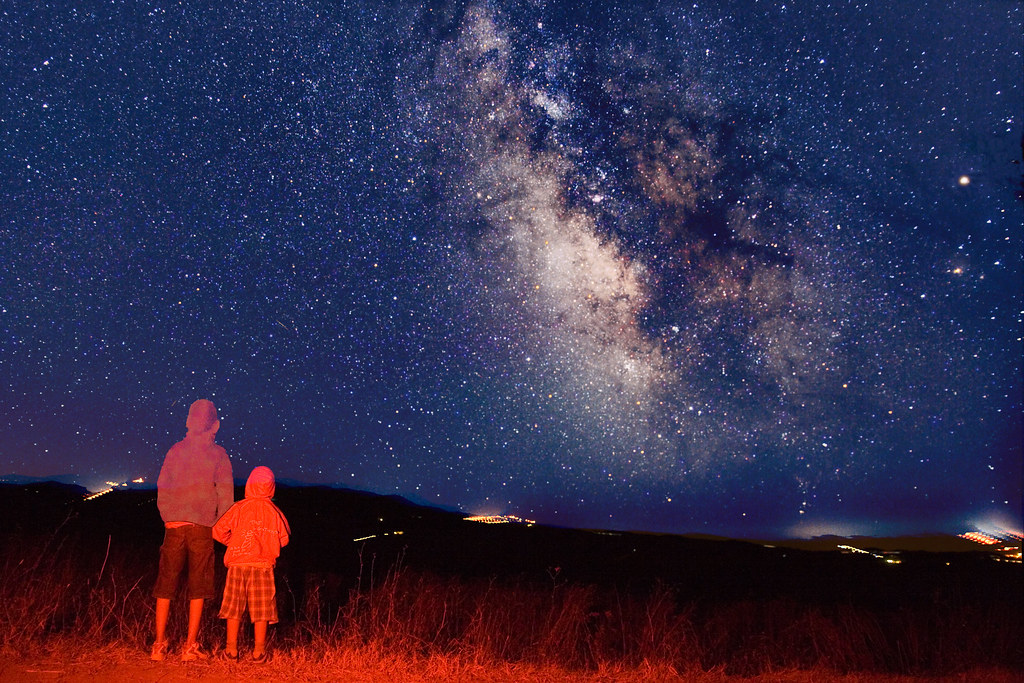 The island of Tenerife has almost 45% of its surface under some kind of protection. We protect the land and the sea but, what about the sky? The islands of Tenerife and La Palma have had, since 1988, a so called «Sky Law» protecting the sky, protecting the third horizon.

The island’s exceptional conditions for looking at the stars are not new. If we could go back to the 19th century we would see how several European expeditions used places like the Guajara mountain or mount Teide to carry certain experiments and to take notes. Authentic astronomy scholars such as Charles Piazzi Smith in the first instance or William Marcet, Oskar Simony, Knut Ångström or, already in the 20th century, Jean Mascart came to the island to complete the most diverse studies. 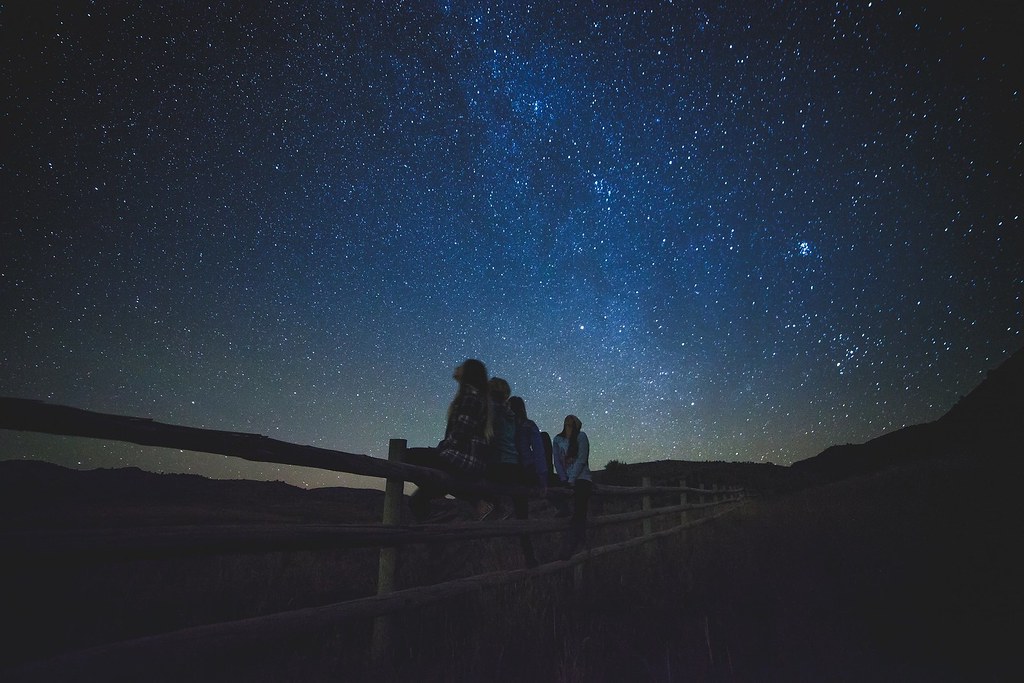 Today, Tenerife is part of a small and exclusive list of 5 places in the world considered exceptional for astronomical observation and study: Hawaii, California, Chile, the Canary Islands and South Africa. You have to see it to believe it. The sky of the Canary Islands is overwhelming.

The sky of the Canary Islands

We are passionate about the firmament. We can’t deny it and that’s why we ask you if you’ve ever looked at the sky and wondered what secrets the stars hide. Have you dreamed of observing the sky in a place where the lights do not get in your way for contemplating its greatness? Do you know how to find the North Star? Is that that bright spot I see by the moon a planet? 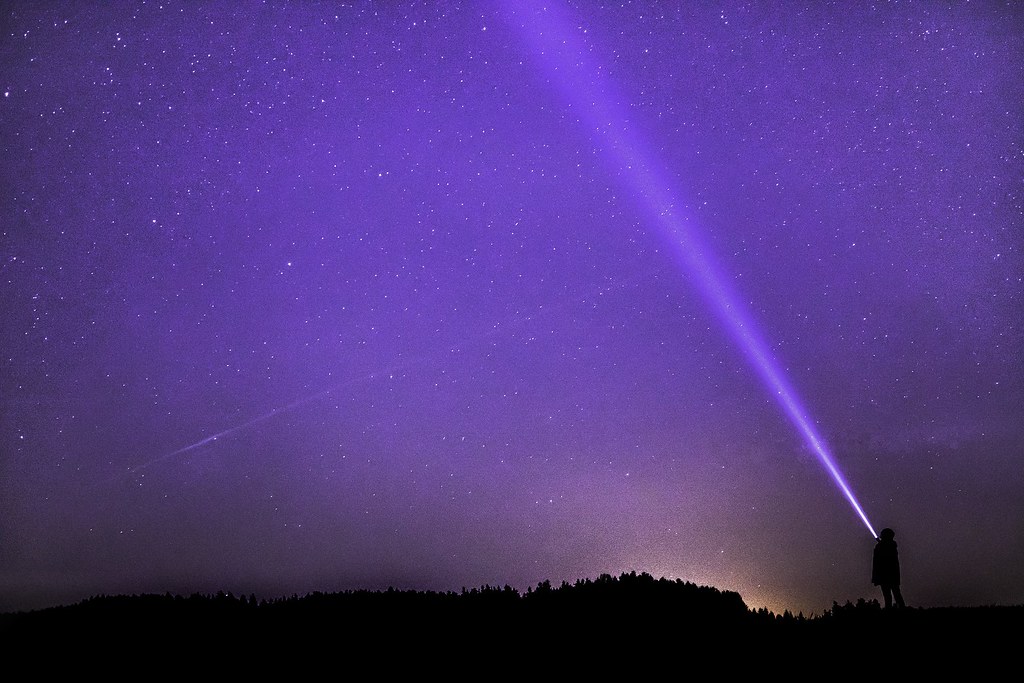 Discovering the secrets of the sky is a new activity for many people, and it happens that those living in big cities cannot see the firmament at all. Light pollution prevents us from observing the stars and limits our knowledge of the sky. Each day we ignore more and more about the stars and the planets that surrounds us. Sometimes we see the moon and that is about it.

However, what secrets does the sky hide? Have you ever heard of the three sisters? You’ve probably been told that there’s a star pointing north and it’s also the brightest star in the sky. Is this true? Do the stars have names?

Facts about stargazing in Tenerife

Teide National Park offers some singularities such as it´s high altitude (the activities take place over 2,000 meter high (6,500 feet), being located above the trade winds (sea of clouds), far from any important cities, enjoying a special law for the Protection of the Sky or being in the southernmost point of Europe makes Izaña (Tenerife) a world mecca for the observation of the sky. 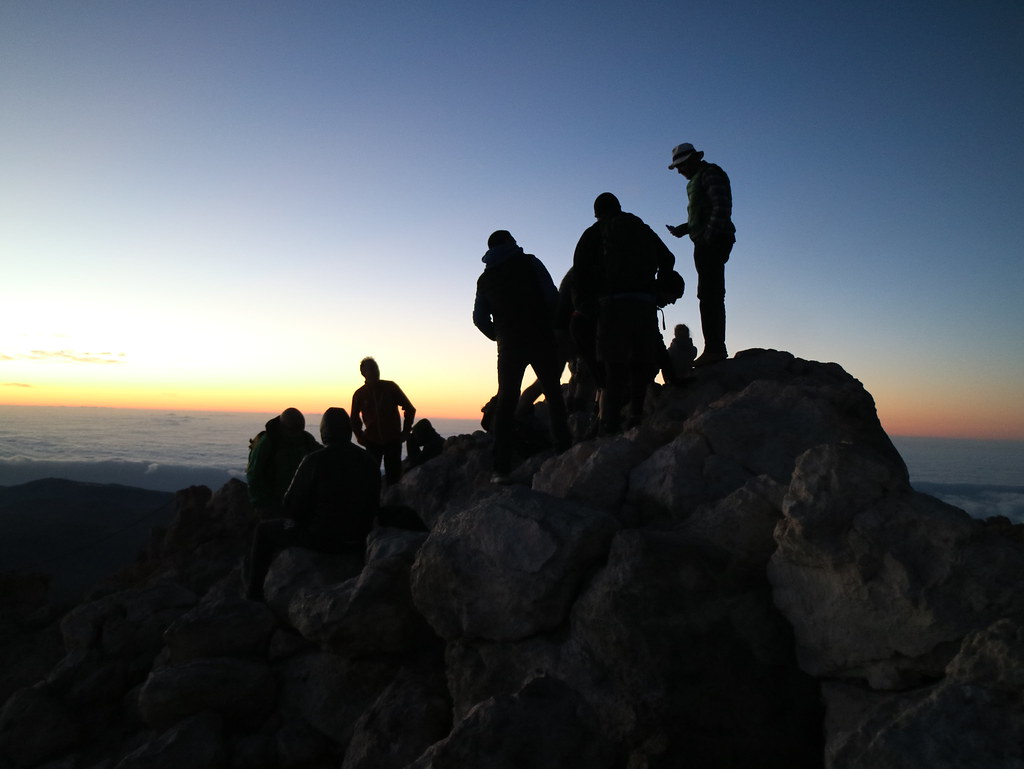 By naked eye, although we also use binoculars or small telescopes to discover interesting objects of the firmament. We will get to understand the same sky that different cultures have looked at before us. The tours to see the stars in Tenerife as a tourist activity is new but our ancestors (Guanches), the Romans and even the first humans were already looking at the sky with curiosity.

Our aim is to approach all these cultures from an archaeoastronomical point of view, that is, mixing history with archaeology and astronomy. During the stargazing in Tenerife activity we will see in to the Mayan world and imagine one of its dreaded gods in the sky, understand how important the brightest star in the sky was to the Egyptians, locate the star that indicates the north or recognize the geometric figures that mark the passage of the seasons in the sky. 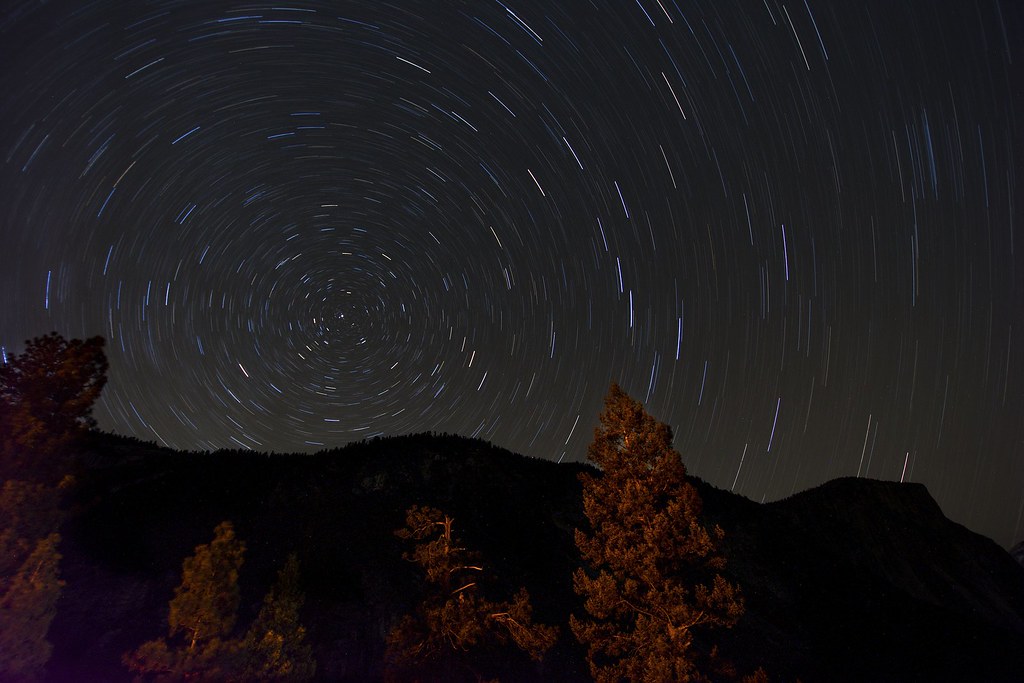 → Who organizes stargazing in Tenerife? ←

Yolanda, as a Starlight guide, has extensive experience sharing her passion for the night sky on Tenerife. Nevertheless, we will not only observe the stars in Tenerife but we will also touch them with a green finger, with a laser that will guide us to understand a little more of our firmament in this tour.

If you need more information about the stargazing in Tenerife tour please send us an email (info@sevencanaryislands.com) or contact us here, we may be able to help you as official Starlight Guides we are (let us know number of pax and date you are requesting, we will get back to you asap). The alternative is to click on the following image and go to the option STARS ↓ 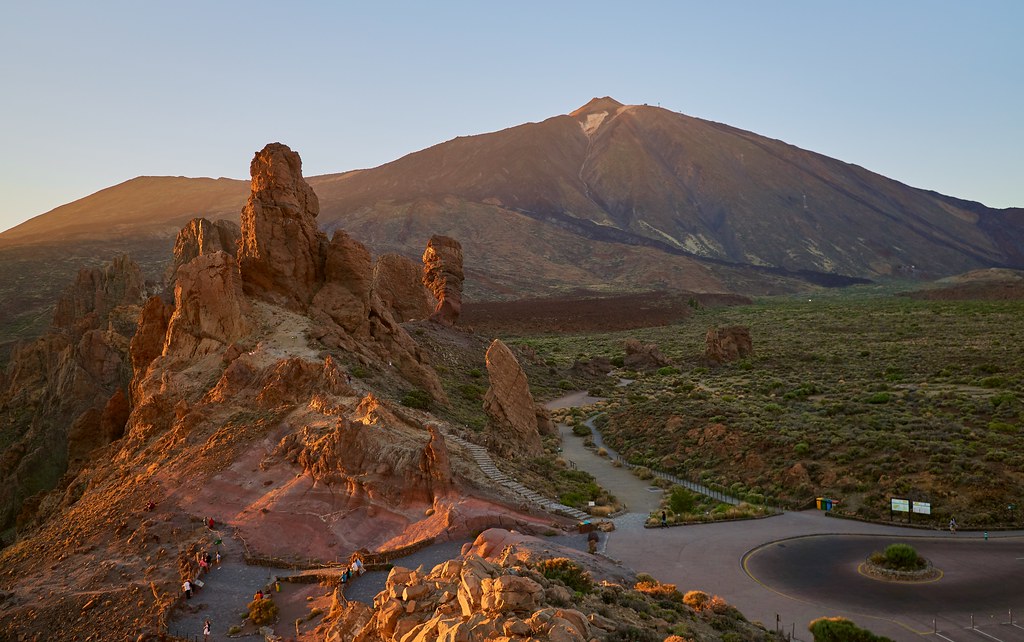 Tenerife has all you may need to enjoy your holidays. Renting a car is a must to get around at your own pace and to discover those hidden gems that booked tours rarely get to show you. Anyhow if you are in a package tour but still want to do some tours by yourself please check this selection ↓